8/20/2021 -
Registration is now open for the special powder puff event to be held in conjunction with the racing program on Saturday, August 28. Details on the

8/8/2021 -
On a night full of action and drama, Nate Barger would get his first ever win behind the wheel of a sprint car. The victory in the Spielman Excavating
$0.00Cart (0) 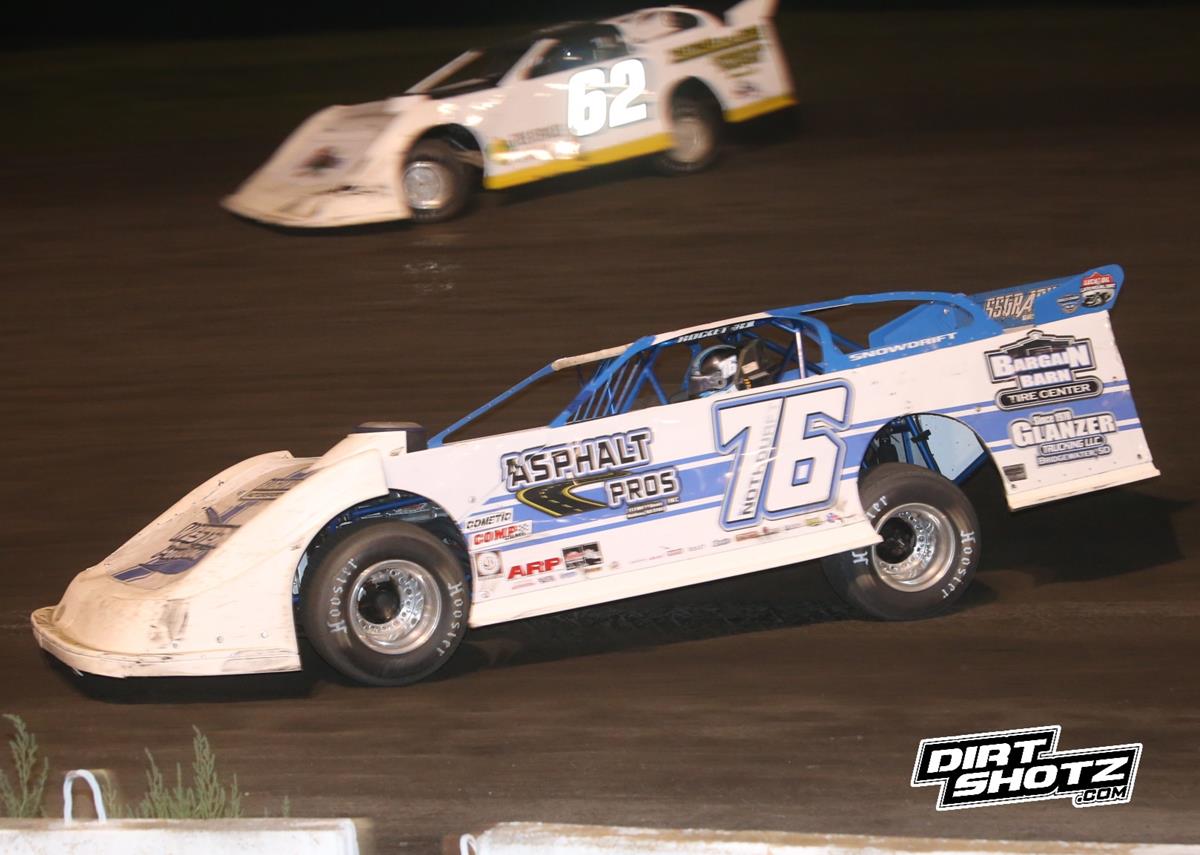 In a feature event full of lead swaps and return passes, Blair Nothdurft would prevail to take the Olsen Custom Farms checkered flag in the H&H Mobile Homes feature with the RepairableVehicles.com Tri-State Late Models.

Justin Zeitner led the initial stage of the 25 lap main event while Nothdurft made his way through the field from his row four starting spot. It wasn’t long before the two were exchanging punches like two heavyweight juggernauts in a boxing match. Nothdurft would take the lead in turn two while Zeitner would charger back around his outside in turns three and four.

That’s how the feature would go until lap 17 when the Bargain Barn #76 would take the lead for the last time and propel Nothdurft to his first win at I-90 Speedway and his third win with the RepairableVehicles.com Tri-State Late Models in 2021. Zeitner was second ahead of Denver Nickeson and Nate Beyenhof. The third and fourth place finishers came from row five. David Carlson rounded out the top five. Chad Olsen was the Furby’s Auto Repair Hard Charging taking sixth from position 13.

John Lambertz got his second win of the year and career win 11 at I-90 Speedway taking the victory in the Spielman Excavating IMCA Sprint Cars. “Longhair” took the lead on lap six and would lead Jared Jansen, Micah Slendy, Nick Barger and Trefer Waller in the top five to the checkered.

Brandon Ferguson broke into the win column with his first victory in the T&R Contracting Late Model Street Stocks. The Lennox, South Dakota, driver led all 18 laps in the feature to get his first win in the class. Previously, he had one twice at the speedway in hobby stock competition.

In the Great Western Bank USRA B-Modiefied feature, it came down to an interval of 0.089 at the stripe where Brock Hess just edged Camden Myers for the victory. The win was the second on the year and career win 13 for Hess.