Lee Goos Jr. rode the high side of I-90 Speedway to an exciting $1,500 victory Saturday night at I-90 Speedway in the Spielman Excavating IMCA Sprint Cars. Colby Klaassen got the win in the T&R Contracting Late Model Street Stocks while Dustin Kruse took the top honors in the USRA B-Modifieds and Josh Bradley won the LawnSnow.com USRA Hobby Stocks.

Goos started outside the third row in the finale of the weekend and found himself chasing down early leader Casey Abbas in the first half of the race. Abbas started fourth on the grid but had a great start to take early command. The two drivers were rim riding around the Hartford, South Dakota, speed plant when they entered lap traffic just shy of the halfway point in the 20-lap main event. Abbas dipped to the bottom of the speedway while Goos rode the rim to the race lead at the midpoint of the backstretch.

From there, the Goos RV #17 would navigate traffic to perfection to take his second win of the year at I-90 Speedway and the seventh of his career. Abbas was second with Alec Mataya third just 0.070 seconds ahead of Dusty Ballenger. Fifth went to Elliot Emdahl.

The T&R Contracting Late Model Street Stocks put on a show with three different leaders in the 18 lap feature. Zach Olivier took the lead from Brylee Gough on lap four. When Oliver vacated the high-line on the track, ninth starting Klaassen capitalized and went to the lead at the exit of turn four. The Little Rock, Iowa, driver stayed out front in the final four laps to take his second win of the year and career at I-90 Speedway. Gough was second with J.J. Zebell third. Tim Dann and Brian Hoing completed the top five.

The battle out front in the USRA B-Modified main event was intense as Ray Feltman and Kruse swapped the lead numerous times. Kruse would take the lead for good at lap thirteen and move on to score win two of the year and win number five of his career at I-90 Speedway. Feltman was second with Aaron DeThury in third. Corbin Erickson stormed from position twelve to take fourth and Dave Kennedy moved from row five to place fifth.

Josh Bradley used a monster slide job to overtake Kinzer Glanzer early in the LawnSnow.com USRA Hobby Stock feature. He’d never give up the lead and score his first win of the year – fourth of his career. Joel Norris was third with Tyler Schlumbohm completing the podium. Dustin Gulbrandson and Landon Krohn completed the top five.

I-90 Speedway will take the next weekend off before returning July 16 headlined by the Sea Foam Midwest Sprint Touring Series presented by Property Solutions of America. Tickets and details can be found at www.i90speedway.com. 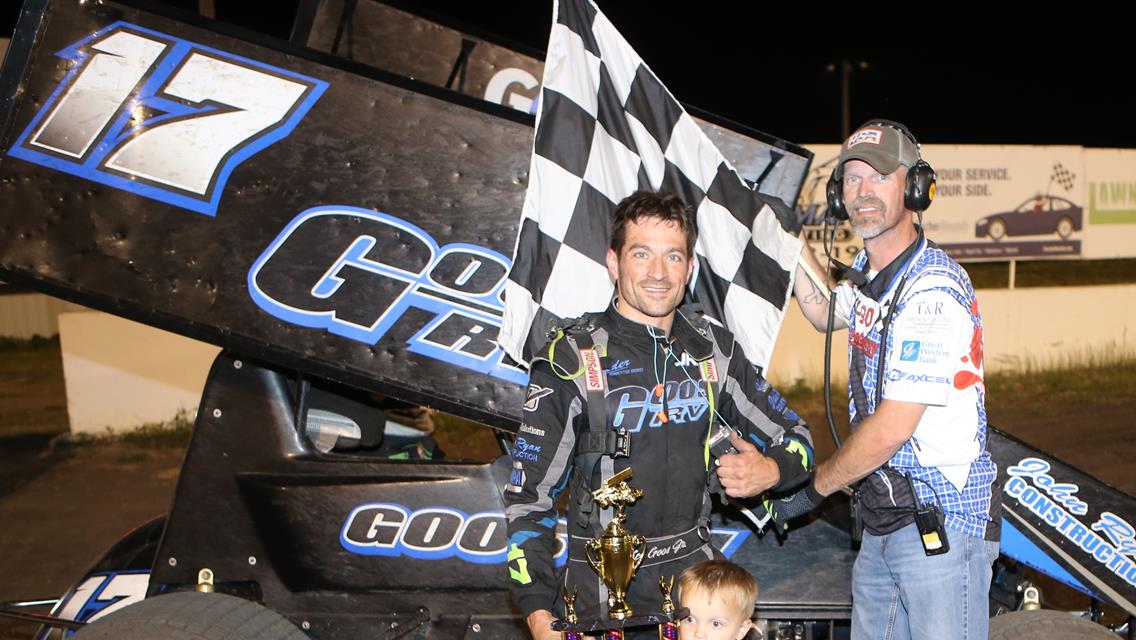 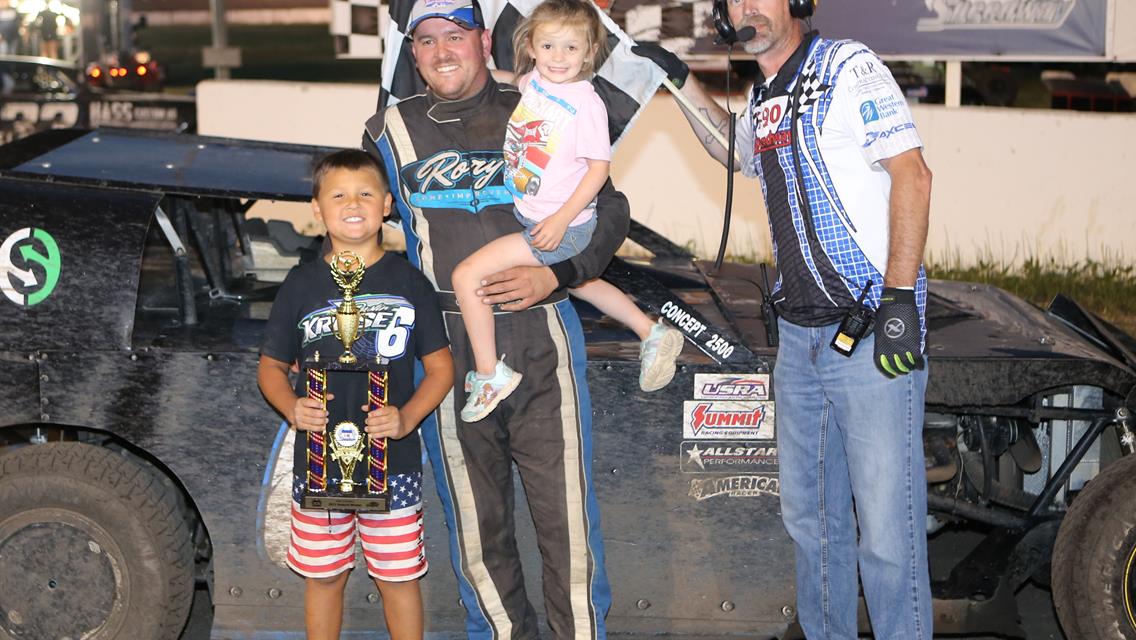