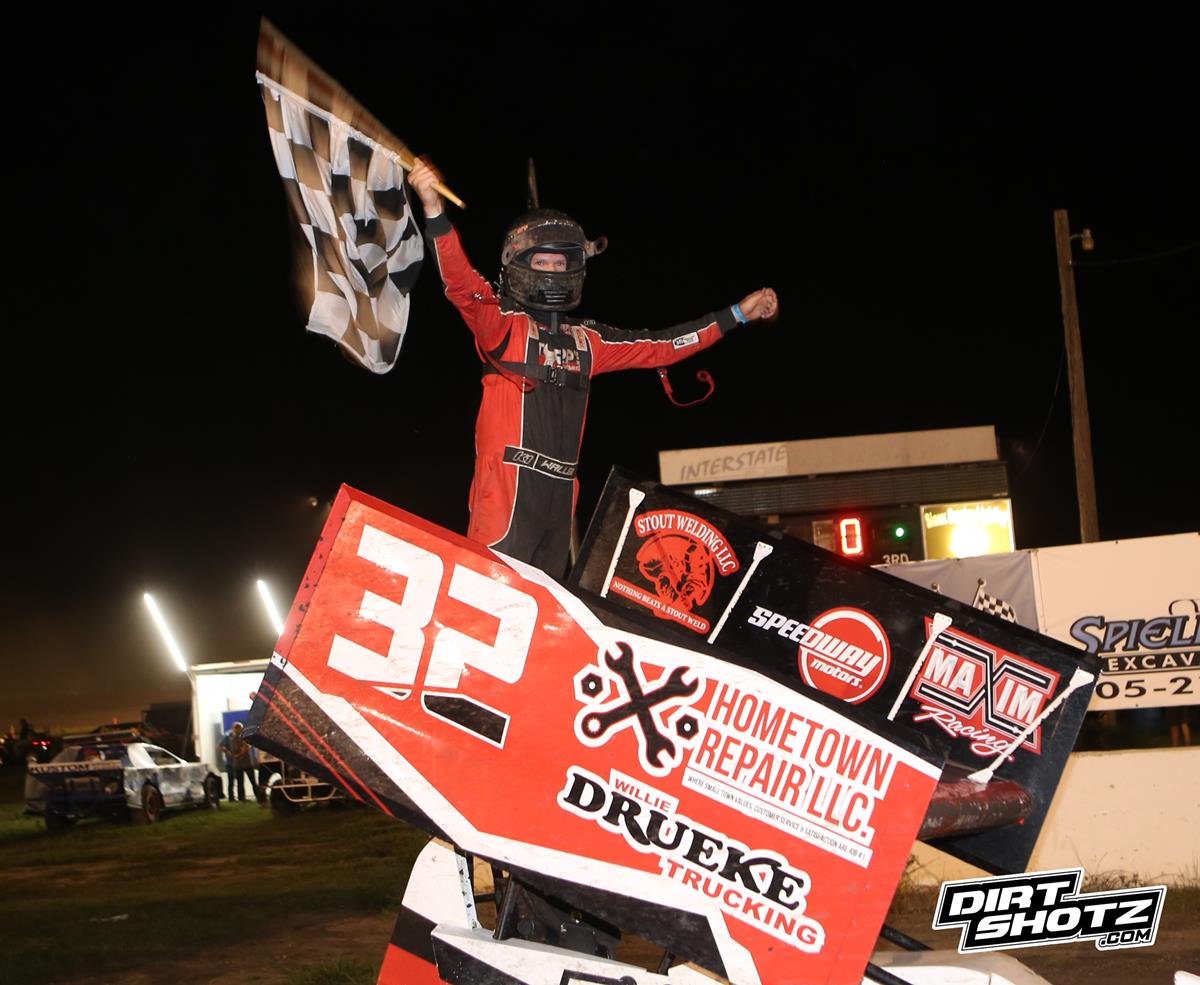 Trefer Waller took over the lead on lap 15 of Saturday night’s main event and would go on to get his first career win at I-90 Speedway, the same achievement accomplished by Scott Kennedy in the USRA B-modified feature earlier in the evening. Cory Yeigh was victorious in the T&R Contracting Late Model Street Stocks and Travis VandenTop took the win in the LawnSnow.com USRA Hobby Stocks.

Waller was stalking Nicholas Winter as the top two entered lap traffic on lap number 8 of the 20-lap finale. It was lap 15 when he was able to make the winning move entering turn one and the 2019 champion would go from there to the win.

Behind him the racing remained tight with Logan Domagala moving into the second spot where he would finish just ahead of hard charger Andrew Sullivan who had started in position 12. Winter was fourth ahead of Bayley Ballenger in fifth.

Yeigh’s victory in the Late Model Street Stocks is his second of the year and win number 34 on his career at the speedway. Yeigh took over the top spot on lap nine after Jayke Glanzer paced the field for the opening eight circuits. Zach Oliver raced from ninth to second with Tim Dann in third, Glanzer fourth and Matt Steuerwald charged from position 14 to place fifth.

Scott Kennedy got his first win at I-90 Speedway by leading all 15 laps of the USRA B-Modified main. He held off several challenged from second place finisher Quinton Johnson. Camden Myers started tenth and sustained body damage at the start of the race. However, that wouldn’t slow the defending champion who finished third ahead of Dustin Kruse and Wade Wright. Wright had stared in position 19 after coming from the B-main.

VandenTop scored his second win of the year at I-90 Speedway by taking over the lead on lap number five. Derek Baartman settled for second after leading the first four laps. Nick Brady raced from ninth to third ahead of Dustin Gulbrandson who had started eleventh. Travis Christensen completed the top five.

Landon Krohn took home the title of King of the Hill Champion in the special event held for the hobby stocks.

I-90 Speedway is back in action this coming Saturday night with a special Lady’s Night Powder Puff event. 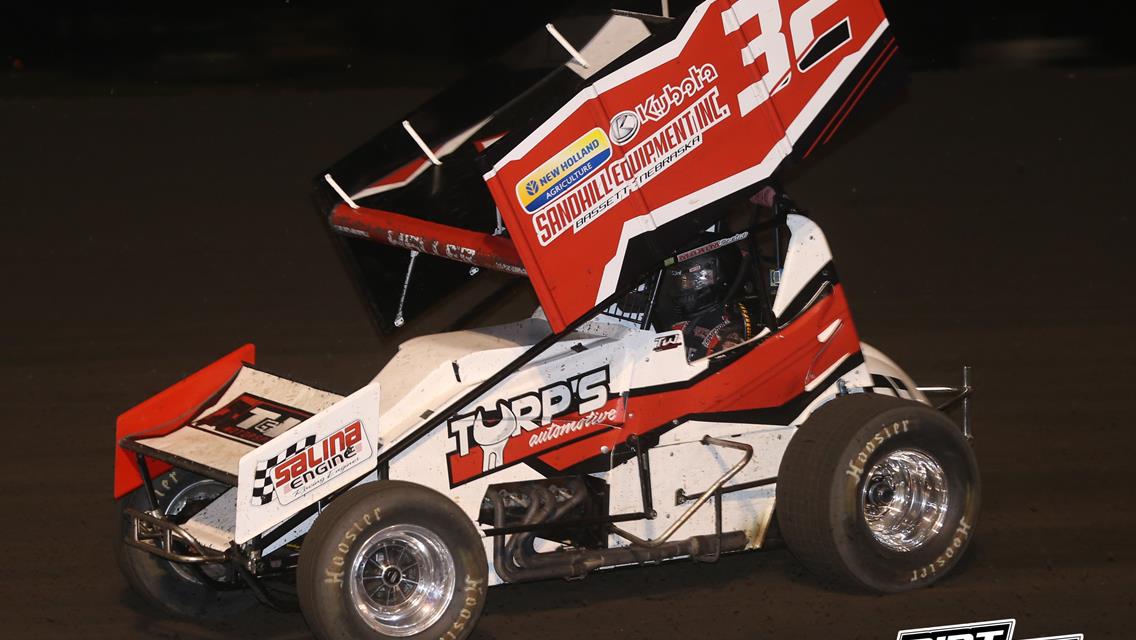